Art Schools, Rulers and the Priests of On

In a previous post, I talked about how taking a drawing class revolutionized my drawing ability. That class was both fun and tremendously useful for me. But I also ran into something else.

In ancient Egypt, most people were illiterate, but the priests could read and write. If they had been modern priests, they probably would have talked to the Pharaoh about establishing a system of schools throughout the land to help solve this problem. Maybe the Pharaoh could pay to build the schools and the priests could run them and teach the people to read. 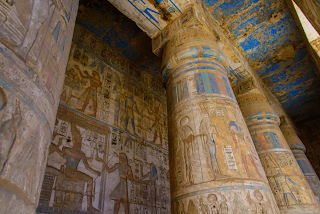 But that’s not what they did. According to historians Sema'an and Lynda Salem,

The ultra-conservative priests, who were the only scribes in ancient Egypt, were determined not to introduce a simple writing system that could be readily apprehended and used by the average citizen. They realized if that ever happened it would mean the end of the privileged priestly class and do away with the presumed sanctity of the complex script. Thus, through their trickery and the complexity of their script, the Egyptian priests were able to maintain, to a certain degree, their monopoly on writing, and to preserve their complex picture word-signs of "heavenly origin" practically unchanged from about 2900 BC to about AD 500.

Instead of admitting the truth that anyone could learn to read, these priests pretended to be special by telling everyone that reading was a magical power which only they possessed. And apparently, that kind of trickery didn't fall into ruins along with the Temple of On, because I found it in my drawing class.

We weren't allowed to use rulers in drawing class. The reason? None of the "good" art schools allow rulers. The reason for that? "We artists have trained ourselves to draw straight lines without rulers." Or straight-ish, to be more exact. Because preserving the illusion of being elite is obviously much more important than, say, making your sunbeams straight.

And the snobbery wasn't restricted to the class. Our professor found a guy on YouTube who even shunned pens and drew with a twig he found in the woods. The twig didn't work very well, of course. It put skips and blobs all over his picture. But even in the face of the twig's obvious failure, he still couldn't own up to the fact that there's a reason we use pens in the modern world. Nope, like the ancient priests, this guy was determined to hold onto his imagined elite artist status. The mess created by the skips and blogs, he explained, "enhances the picture."

I’d like to stay and write more on this, but I have a flight to catch, and the plane is leaving in only 19 hours. Oh, no, please don't call a taxi. Taxis are for amateurs. It's 50 miles, but I'm an experienced traveler. I’ve trained myself to walk.

Email ThisBlogThis!Share to TwitterShare to FacebookShare to Pinterest
Labels: drawing, just for laughs

They're great when we come across them. I'm talking about those rare commercials that break through the din and actually get our attention in a positive way. While we're busy barely tolerating all the rest of the marketing we're exposed to, these ads are different. They are so good we actually enjoy being advertised at. Here are two examples:

“Dumb Ways to Die" was put out by Melbourne, Australia's Metro trains, which saw a 21% decrease in train incidents after the release of this video.

When I first saw "Tea and Consent," from the Thames Valley (England) Police, I laughed through the whole thing and then watched it a few more times and shared it. Apparently, many other people did, too, because it's had over 600,000 views in the last five years.

But why are these videos effective? What’s different about them that makes people want to watch and share them instead of impatiently wait for them to be over? and how do they get their points across so clearly?

I've noticed five things that are different about these two videos:

But maybe the biggest lesson I can learn from watching these two PSAs is that quality counts. Each one is only three minutes long, but it's obvious that both projects are the result of a lot of planning and coordination, and that nothing was left to chance.
at August 13, 2021 No comments:

Email ThisBlogThis!Share to TwitterShare to FacebookShare to Pinterest
Labels: marketing 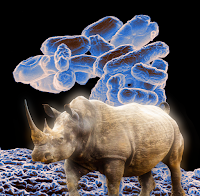 I see a lot of social media posts by writers about self-discipline and writing quotas. "I get my writing done when I make myself do it," is a common theme. There’s a debate, or more like a difference in personalities, about whether that quota should be a wordcount or an amount of time. For some people, it works best to set a minimum number of words per day, and others make themselves write for a certain amount of time. And if it's a time quota, anything that isn’t writing isn’t writing. That means that looking stuff up, reading over what you’ve already written, tweaking your outline--all those don’t count as writing time.

Well, I’ve tried both wordcount quotas and time quotas, and neither one works for me. Sitting at my desk focused on “now I must write” is a sure way to guarantee that I won't produce anything useable. That’s because the “getting down to business” mindset kills my creativity. I’m better off letting the story percolate—not fast like a coffeemaker but slowly . . . more like karst—and writing the piece in bits and pieces as it grows. There are times when I just type for large blocks of time because the story is flowing that fast. But those times only happen when I don't push them. Force me to produce a minimum wordcount and my writing quality falls off a cliff.

I found that out with NaNoWriMo. NaNoWriMo is a staggering feat of miniscule bioengineering. It comes out of hibernation every November, but you'll need a microscope to see it. Its name comes from three Greek words: nanos meaning "dwarf," wrimos meaning "nose" and keros meaning "horned," because it's a tiny animal with horns on its nose.

And of course, none of that is true. The real NaNoWriMo is a writing event that happens every November. It stands for National Novel Writing Month, and the challenge is to write a 50,000-word first draft of a novel in thirty days.

I entered NaNoWriMo twice, and won both times. But don’t congratulate me yet. By “won,” I mean that I succeeded in cramming 50,000 words into my document within the allotted time. And I enjoyed the comeraderie with my fellow NaNoers very much. Unfortunately, I failed at actually producing anything that could be turned into a novel. And I tried. I tried long and hard both times, but the quality just wasn’t there. The only thing to do, in both cases, was to go back to the notes I had made before NaNoWriMo and go on from there. Quotas just don't work for me.

Like right now. I have a blog post to write and that’s got a deadline. So I open the file thinking, “I have to turn these notes into a first draft, and I only have a certain window of time to do it in. And besides, I have all these other things to do. I have to do laundry and get my car looked at, and come to think of it, the carpet could use a vacuuming. So the quicker I get this written, the better.” And suddenly a wave of revulsion comes over me. I hate this particular blog post. “It was probably a bad topic to pick, anyway. And who am I to think I can keep churning out these posts week after week?” But it’s all because I’m focused on getting it done instead of doing it.

Writing works for me if I relax and enjoy it. Not if I try to rush it or get it done.